On September 21, 2015 the WooFDriver took the WooFPAK on a Midnight Mushing Tour of Stony Valley Railroad Grade in Pennsylvania. At one time the hunting grounds for the Native American tribes of the Delaware and Shawnee, this area turned into an essential corridor for early industry mills of the settlers mainly for lumbering and coal mining.

This area has suffered much tragedy. Alongside the railroad grade to the east there is Indiantown Gap, where a summer hotel for the rich was location in the early 1800’s. That is until a raging fire took the hotel and a majority of its occupants.

But that is not the only tragedy in this area. When the man whose job it was to switch the tracks passed away and his wife was in mourning, she forgot to switch the tracks and caused a horrible train wreck killing about 250 people. Afterwards she had so much guilt that she throw herself on the train tracks. It is told that when you are in the area of this wreck it will feel about 20 to 30 degrees cooler than the rest of the trail.

www.forgottenusa.com to learn more about this haunt.

Here are photos from the adventure! 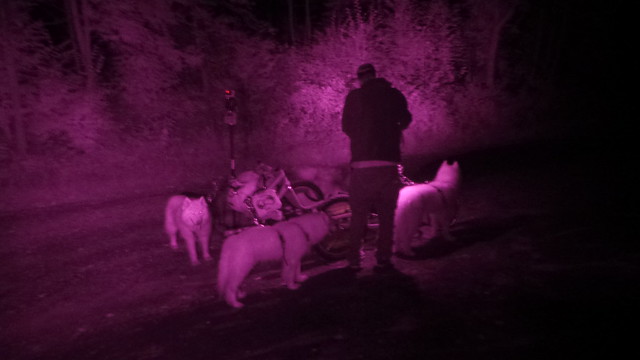 Enjoy these videos from the Midnight Mushing Tour!