Heading east on the towpath is Lock 36. Here there is an old abandoned house on the hill that is reportedly haunted. It is told that the family who lived here would hear sobbing, moaning, heavy walking and chains dragging across the floor. The grandmother even saw a ball of fire that crossed over her bed. Most of the activity stopped when the father shouted “Walk all night. I’m going to bed!” It is said that even on the darkest of nights you can see lights shining through the windows of the old house, but if you look at them directly they will quickly disappear.

www.nps.gov to learn more about the C&O Canal Towpath

Please enjoy the photo album from the Midnight Mushing Tour from September 19, 2014! 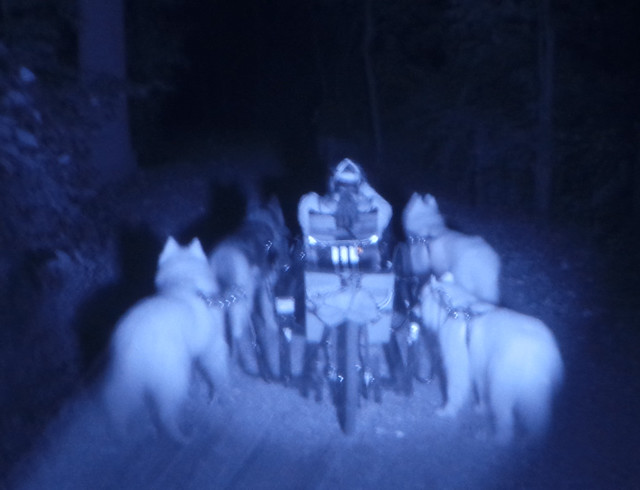