On October 10, 2013 the WooFPAK went on a Midnight Mushing Tour of the C&O Canal Towpath in the area of the Monocacy Aqueduct at mile 42.2. The aqueduct is the largest on the canal measuring 438 feet long. It was the target of several attacks during the American Civil War, but the hard stone construction, mainly of large quartzite stone blocks, made it impossible for the soldiers to drill enough holes to place explosives in the structure.

Just several miles east, between mile markers 33 and 34, is where a terrible accident happened back in October of 1861. When the people who worked on the canal helped evacuate troops from the Battle of Balls Bluff, one of the boats capsized drowning the soldiers on board. It is told that the soldiers still haunt this part of the canal today. Even directly after the accident the canal mules were skiddish when in the area and overnight stays were avoided.

www.cocanal.com to read more this and other tales from the C&O Canal

Here is the photo album from this exciting Midnight Mushing Tour! 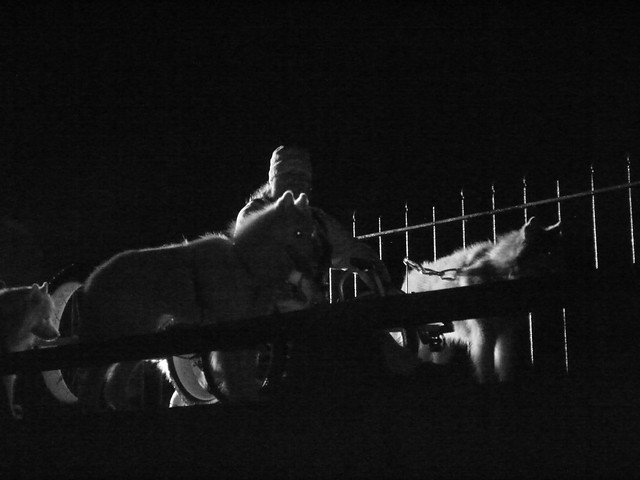 Please enjoy the video footage from Mushing in this area on the Towpath!