On November 6, 2013 the WooFDriver took the PAK on a Midnight Mushing Tour of the C&O Canal Towpath in the area of Falling Waters at milepost 94.3.

Falling Waters is also known as either the Battle of Williamsport or the Battle of Hagerstown. It took place from July 6-16 in 1863 and was part of the Gettysburg Campaign in the American Civil War.

With 1,760 casualties throughout the 10 day battle, there is no wonder why some claim to still hear the noise from this battle during the night. I wonder if the WooFPAK can hear it? Paranormal experts claim that animals do pick up on unexplainable activity that humans can not sense.

Wikipedia’s Webpage to learn more about the Battle of Williamsport

Enjoy the photos from this Midnight Mushing adventure! 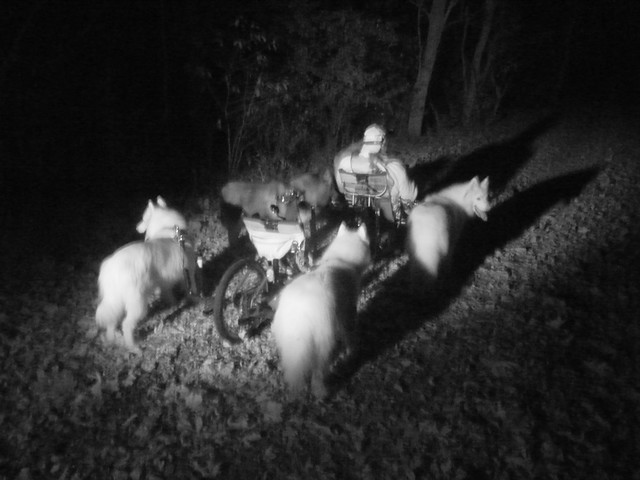 Enjoy the video footage from the Mush!