Pittsburg Pennsylvania is home to the Three Rivers Heritage Trail.  The twenty five mile trail incorporates the Allegheny River and Monongahela River which join to form the Ohio River.  The trail changes names throughout its length, taking the names of the areas through which it travels.  On the Monongahela River north bank, the trail is known as the Eliza Furnace Trail as it passes the site utilized by the Jones and Laughlin Steel Company for the Eliza furnaces. The Eliza furnace was used for iron production, making unrefined iron for steel companies.  The products were used for cannons, weapons, train parts and farm equipment.  At its peak, Eliza furnaces produced over one thousand tons of iron.  Despite some early successes, the furnace operated at a loss from the beginning.  It suffered from the poor quality of local ore, the high cost of shipping due to the long distances, and issues with work force.  The furnace closed after just a few years.

Originally, David Ritter and George Rodgers purchased over one hundred acres in Blacklick Creek Valley near Western Pennsylvania in the 1840s.  However, just before it was completed, George Rodgers sold his half of the stake.  David Ritter continued on without him and gained investor Lot Irvin.  There was a lot of money invested in the project, but unfortunately, there was very little return.  Despite his best efforts, Ritter was failing fast. In 1849, David Ritter was forced to make the devastating choice to give up his efforts and close Eliza furnace.  The death of his young son who fell victim to Eliza furnace seemed to take his fiery passion away.  He could only watch in horror as his son fell into the blazing oven furnace and was burned alive.  As if losing the mine and his son wasn't enough, George Rodgers kicked his ex-partner while he was down.  Ritter was never able to pay Rodgers the half of his share that was owed, encouraging Rodgers to sue Ritter and sending him into financial ruin.  The final blow came next however, as Rodgers also stole Ritter's wife and the two ran off together while Ritter was left to pick up the pieces of his shattered life.

Setting the perfect back drop for a tragic ending, the once populated area quickly turned into a ghost town with the abandonment of mining towns and the decline of the coal mining industry.  The area was as desolate and destroyed as David Ritter.  When his heart could take it no longer, David Ritter used the last of his strength to climb to the top of the furnace, stopping just long enough to tie a rope to the pipes before jumping to his death.  Ritter hung himself from the pipes of the furnace.

Eliza furnace was added to the National Register of Historic Sites and is one of Pennsylvania's best preserved iron furnaces.  It is one of the few with the original heat exchanger piping.  The very pipes that David Ritter used to take his life are still visible.  Some argue that Ritter never left, even after his fateful end.  Many have reported hearing a sharp creaking and catching a glimpse of the man hanging or seeing his feet weaving back and forth under the chimney.  Hikers and tourists report strange occurrences near the site of the furnace and it is believed David Ritter's desire for success never let him leave the property, despite losing everything.

Do You See Anything In These Photos? 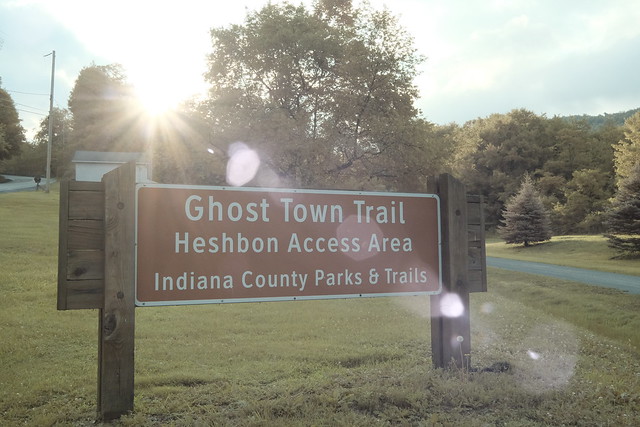 See the shots from the perspective of the ghost hunters. Click on the hunter of your choice to view their profile and raw footage. Tell Us What You See